Early in my career as a business owner I would try to take the emotion out of the firing process and hold team members accountable to key performance metrics. I was able to separate myself emotionally from the process which allowed me to sleep at night. I would justify to myself that the business had to make money and if someone is below the pack, then they didn’t have the motivation or skill set to fit the position and that they would be better off finding a place which would be a better fit and in many cases this was true but every now and then I would have someone who I knew worked hard, was willing to do anything for the company and still did not perform. This would mostly happen to people in the sales role where productivity is very easy to measure. At the time, my business offered private jet charter flights so we would track; how many flights and how much Revenue are you generating? I would have to hire 10 people to find 2 or 3 good ones, 2 or three mediocre and the rest would underperform and eventually be let go.

I didn’t have the problem to the same degree in customer service or fulfillment positions. I definitely had some bad hires, but I never had to let someone go who worked hard and had a good attitude. What was the difference? Why is sales so much more difficult than other positions?

Customer service positions were much easier to train for, we had very specific tasks which needed to be completed in any given day such as tracking a flight and keeping a client informed of various aspects of the trip. We had a great computer system to track each step of the process with date and time stamps making it very easy to hold someone accountable.

By contrast our sales function was much more chaotic. A sales team member was responsible for following up with an incoming lead and would attempt to get an RFP. When not taking an incoming call or working on a trip we would tell them to get on the phone and find more customers. We had some training in place to teach them what to say and how to overcome objections but for the most part left them to their own devices.

It wasn’t until I started taking personal responsibility for my own failures rather than pushing off the emotional baggage associated with laying someone off by blaming them. I began asking myself prior to letting someone go: “did I hire wrong or did I train wrong.”

This forced me to look hard at the differences between the successful sales people and those who were underperforming. What I found was that there was some correlation between motivation/attitude and sales, but there was also a “luck” factor and a correlation between the size of the network/relationships which would indicate how successful someone was. We could clearly see that the successful sales person had a large network of flyers who they would regularly speak with, who would give them referrals, bring them to events where there were other flyers and many considered the sales people as personal friends.

Once I had the blueprint of a successful sales person, I could begin to work backwards to figure out how I could help an unproductive sales person become successful and it all started with measuring KPI’s (Key Performance Indicators) which would help me watch a progression towards success rather than just the end number “Revenue.”

In my case the KPI’s were around the number of relationships a sales person was working and this required a good CRM. At the time, there were not many affordable, off-the-shelf systems so I programmed my own which would track and assign leads to a given sales person. The history of all communication with them would be recorded so I could see the level of engagement for each prospective client and we would capture information such as how often they flew (how much potential they had), what competitors they were using (how much potential margin we could make) and how many flight requests we quoted (how far down the funnel are they.)

With the new CRM we were also able to track which advertising campaigns generated the most leads, most qualified leads and best customers. We used this information to better target our prospective customers and add them to the funnel process in a much more efficient manner.

We began to hold weekly sales meetings where the successful team members could share tips and techniques for specific sales situations and we could all brainstorm marketing messaging to further optimize our advertising campaigns.

The new process not only improved the efficiency of the entire team but also had additional benefits;

I certainly made plenty of mistakes after setting up this process. I hired and trained wrong in plenty of cases, but I slept a whole lot better knowing I was doing absolutely everything I could to do both right. 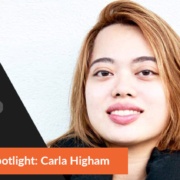 Carla Higham on Expanding Networks and Empowering People through Storytelling

Focus, Flexibility, Efficiency: Why a Boutique Marketing Agency Might Just Be the One for You 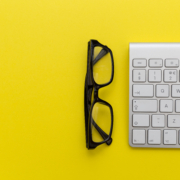 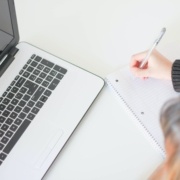 Webinar 101: How To Make It A Success 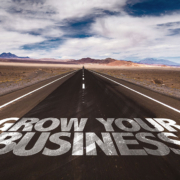 8 Business growth strategies and skills for everyone

What percentage of revenue should be spent on marketing?
Scroll to top